I wondered about this aloud, several months ago, here. Now it seems that others have heard rumours of the same. To me, it makes perfect strategic sense. NVIDIA is in a position of strength and can easily afford to purchase VIA outright. But most importantly, NVIDIA needs VIA in order to survive the coming storm. I shall endeavour to explain.

Let's first talk about NVIDIA, the undisputed Graphzilla of graphics. It bludgeons it's competitors in the desktop computing market, where performance is king. It's main rival is ATI, which is not doing as well as it should in the desktop market but supplies graphics to two of the gaming consoles. ATI has also been recently sold to AMD, which was when I commented that NVIDIA needed to look at VIA.

Most people often forget VIA, who is presently running behind everyone else, in both graphics (nvidia/ati/intel) processors and x86 (intel/amd) microprocessors. It caters mainly to a niche market of low power computing enthusiasts with it's products. However, it has something that NVIDIA needs desperately, a grey license to manufacture x86 microprocessors. This is important because of the changing technology landscape.

In the computer world, we have only begun to enter the realm of multi-core computing. No matter how cool you thought your dual-core processor is, you ain't seen nothing yet. However, the engineering world is fairly evenly split between two camps: homogenous vs heterogenous core camps. Personally, I'm rooting for the heterogenous camp, for obvious reasons.

The software people tend to favour a multi-core computer made of the same homogenous computing cores because it simplifies software programming models when you only need to think of a single type of core. The hardware people tend to favour the a multi-core computer made up of different heterogenous computing cores that are each specialised to a specific function because it is a better allocation of resources.

In the case of desktop computing, both Intel and AMD have announced similar technology initiatives. Both of them have the capability to integrate the general purpose capabilities of their x86 microprocessors with the floating-point (think scientific and multimedia) calculation capabilities of their graphics processors. Intel has Larrabee while AMD has Fusion. This means that unless NVIDIA and VIA come together, they would both be innovated into extinction by future Intel/AMD products.

When NVIDIA purchases VIA, they will have the necessary rights to come up with their own heterogenous processors, with the capability of running standard x86 software and high powered acceleration for multimedia and scientific computing purposes. Remembering that NVIDIA had recently purchased Ageia (who produces physics processors), they could do one better and integrate that too, turning their processors into an unrivaled computing powerhouse.

Intel would be forced to answer them, by integrating some physics acceleration software technology through it's recent purchase of Havoc. AMD does not have any answer readily available and there aren't any other physics accelerators left to buy. However, I would not count AMD out yet, as they have a top-notch engineering team that has shown it's ability to come up with market leading technologies against giants.

The only loser in this deal would be VIA. VIA has other businesses (chipset/graphics) that overlap with NVIDIA's own. So, after the takeover, it is likely that these divisions will be integrated, which is euphemism for scrapped. The engineers working there would be wise to start updating their CVs and sending them out. 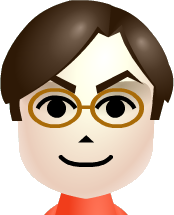 Personally, I want to see this deal go through because it would see the desktop computing market turn into a 3 horse race. This increased competition will see crazy innovation on their products. It would also see better integration of platforms as each company will have it's own capabilities to produce processor, chipset and graphics accelerators, in house. So, this will mean better products for the consumer.

But on the other hand, I can see how this whole deal can lead to technology segmentation and lockdown. As the desktop computing market divides into 3 distinctly non-compatible camps, consumers would not be able to pick and choose their products. They would only be able to choose the brand and would have to stick with it. But this can be overcome if the consumers vote loud enough that they would like to mix-match products.