Back to the Real World 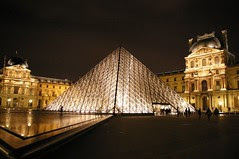 As usual, most of my email were from various technology mailing lists. Since I had not been following the threads for more than a week, I decided to ignore them and just pick up on the newer threads later.

Then, I had a bunch of emails regarding the MCR. We have a new committee now and are in the midst of a hand over. So, there have been several emails regarding keys for the MCR cabinets and access to the various MCR mailing lists, websites and servers.

Next, I had some emails with regards to the i-Teams project that I'm helping out with. I'm currently trying to help identify the market potential for an invention out of CAPE with regards to LCD technology. There's going to be a lot of catching up to do with this project, as I was away during the brainstorming session.

Also, email from friends and family. Some friends are planning to catch TMNT soon but I doubt that I'll be going along with them, as I'm more interested to catch 300 instead. My dad also told me that he had given my contact details to a girl from UM who is intending to further her studies here.

Finally, some random emails about potential opportunities and stuff. Surprisingly, there is fairly little spam in my inbox. I guess it's all thanks to google. One thing that I had forgotten to do while in Paris was to apply for a GMail account. I guess I'll just have to make do with an @googlemail.com account for my public blog address.

I spent the whole of the morning in bed. After waking up, I proceeded to reacquaint myself with the real world. I spent much of the afternoon sorting out the photos that I had taken and I have uploaded the best-of-the-best onto my Flickr gallery. My conversion rate is improving. I only deleted 10% of the photos taken and uploaded 30% of them.

I think that I'll be spending the rest of the evening catching up on the news. I've been away for a week and will need to catch up with what's happenend in the technology, business and political world. Thousands of news articles to sort through. Fun.

have sent you an invite to Gmail (i'm assuming that GMail was a typo), let me know if you've gotten it!

thanks ash!! actually, i already have a gmail account... just didn't want a @googlemail.com address that's all... but that's not a biggie..

Hi Shawn, welcome back!
As far as I know, you can send mail to an @gmail.com address and it will still end up in your @googlemail account - it's just that they can't openly market gmail here.
See you soon, YC