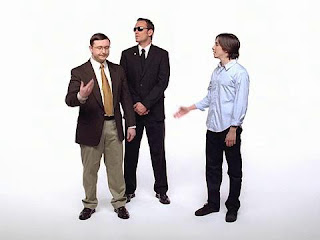 I bumped into Gabriel at a play today. He mentioned that he had spring cleaned his notebook computer. I told him that is something that every Windows user has to go through every once in a while. The phenomenon of your computer slowing down as time passes is not an illusion. It even has a name for it, "Windows Rot" and it's often caused by another phenomenon called "DLL Hell".

Then, he said something that was very damning. He thinks that he would have to go through the same thing as well, if he uses Linux. It's really sad, but that particular phenomenon is native to Windows. None of the other OSes suffer from this kind of gradual rot. It is one of the great computer myths that everyone thinks is true because it's an observable fact. It's not. The people on this side of the fence have been enjoying life without having to do computer house keeping. Imagine NASA having to spring clean the probes traveling through the space. Well designed software does not require constant maintenance.

I'd also had the opportunity to use, first hand, Windows Vista today. The networking for our house went down today, for some reason. I managed to hack my way around it and got myself up and running. So, I was trying to help my neighbour fix his network. The OS was so evil. For some reason, I could not setup an Ethernet connection and was only presented with either WiFi, PPPoE, Dial-Up or VPN. It was also extremely naggy as it kept bugging me about whether or not I should allow my thumbdrive to be connected, whether or not I should open up a document and what nots. This is probably the most user unfriendly operating system that I have ever encountered in my life! [Watch the hilarious "Get A Mac" advert below. Yes, it's just as naggy. - Me].

I'm not a Linux zealot nor evangelist. So, I don't go around promoting Linux wherever I go. However, I do hate to see people suffer and get duped by lies and deceit. So, when I do get a chance to set things straight, I will try my best to do so. Tell me a computer myth and I will set you straight. However, often times, people do not believe me because my experience with alternative systems sounds too unreal to them. It's not. It's certainly possible to live without Windows, in a better life than before.

Windows is a badly designed piece of software. If your only experience with computers is Windows, you should really get out a bit more and smell the roses outside. There's a whole other world that's nicer, better and friendlier. Don't take my word for it. Give it a real spin and you'll never go back. If you don't have a real reason to use Windows, there really isn't a reason to.