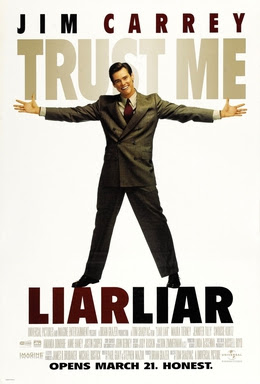 People tend to believe anything that is in print. That is why newspapers have always had such a sway on public opinion. If a newspaper claims that a scientist had discovered a way to make pigs fly, most people will believe it without question. Hence, journalists have had to maintain a certain level of integrity, in order to protect the public trust. The Internet has changed all that though.

This new age is filled with strange new words like blogs and wikipedia. Some have dubbed the Internet as the new or alternative media as opposed to legacy and mainstream media. This is a reflection of how people have come to consume media. We are increasingly looking to the Internet as an authoritative source on everything, especially that which the regular media chooses not to report.

As a result, we turn to citizen journalists, who are really just a bunch of regular people like you and me, for the truth. How these people could possibly discern the truth from the spiel that gets spewed out by the establishment, really boggles the mind. In reality, most bloggers just end up writing biased views on what is perceived truth. This concerns me because bloggers have strength in numbers. When a lie gets repeated oft enough, it starts to sound awfully like the truth.

Therefore, I have always been troubled by one simple fact: that the Internet is filled with opposition blogs and anti establishment news sites. I would prefer a more balanced Internet, where I could read views and opinions from both sides of the fence and draw my own conclusions. I have previously suggested that bloggers are fallible. Sadly, the pro-establishment writers don't seem to have a strong presence. They are probably too busy just trying to keep on top of their own biases in print.

So, I applaud our Minister of Energy, Water and Communications, Datuk Seri Dr Lim Keng Yaik, who has called for the setting up of websites to counter these counter establishment lies. I would go further and even suggest that he start the ball rolling by setting up his own personal blog. He is the Minister of Communications. It doesn't take 15 minutes to set up a blog. He can choose to use any one of the many public and free online services. If he is confused, he should just ask his fellow opposition politicians about which service to use. They have got a wealth of experience in this area.

Personally, I really look forward to reading the anti-lies from our ruling coalition. With some of the jokers that we have in parliament, I'm sure that it will make excellent reading for a dull afternoon.

An anti-lie is the opposite of a lie. It should not be mistaken for, an entirely different creature, truth, which is alien to politics, the progenitor to both lie and anti-lie, where spin is it's highest form.

PS: Maybe our ruling politicians are just afraid of what they may end up saying. They cannot really blame their own blog for misrepresenting what they say or mean, especially when they don't really know what they actually mean to say.

Dan said...
This comment has been removed by the author.
8:42 AM

well, it marks an advancement of maturity in their thinking, i guess. rather than going for expensive lawsuits...

they're akin to a little kid crying over splilt milk, which brings even MORE attention to the blog/thing than it would originally have had... remember namewee? :P

i still want his autograph.