The Hunt for NameWee Continues... Sedition!!

The Internal Security Ministry claims that they are investigating the matter. They are checking to see if there are any elements of sedition in his song. My goodness, the Sedition Stick is out now. I never realised that the bar for sedition was ever this low. However, the secretary general of the ministry did say that he hasn't seen the video. I think that it only happens back home, where a highly placed official can comment on an investigation when they haven't even reviewed the case properly.

Our Deputy IGP says that the police cannot take any action against the kid because he committed the act outside of their jurisdiction. However, the police can take action if someone in this country files an official police report. I guess that the police are telling the Gahmen that they have more important fish to fry (like robbers, rapists and murderers) than this little kid who likes to write songs in a vulgar tongue. If the Gahmen really wants to hang the kid, they would have to make things very easy for them by building a case.

Personally, I think that if the Gahmen wanted the issue to go away, they should just stop beating the big stick. I'm not sure what the Gahmen hopes to gain from this exercise but, I think that this case has never been about a kid breaking the law. At least, they have stopped talking about copyright violations, or bringing the country into disrepute, or making unauthorised changes to the National Anthem, which they did earlier. As I had pointed out, I'm guessing that they have realised that they don't have a real case. So, this makes me wonder what all this is really about.

I'm not sure if the Gahmen will step back, now that the issue has come so far. But, from the reports, it seems that the police are trying to diffuse the situation and that the various ministries are trying to pass the buck. The Foreign Ministry says that they cannot extradite unless the police ask them to. The police say that they cannot investigate unless someone builds a case. The Internal Security Ministry says that they're checking but they've not yet seen the video. And everyone seems to agree that it's currently up to the Higher Education Ministry to summon him back, if he was a government scholar (I'm not even sure if our Gahmen sponsors students to Taiwan). In other words, no action, talk only.

Nothing good can come out from this. Whether the kid gets caught or not, the Gahmen will end up looking like a big bully. I'll just stick up the song again for everyone to review. It's really quite good. You be the judge of whether it's seditious or otherwise. 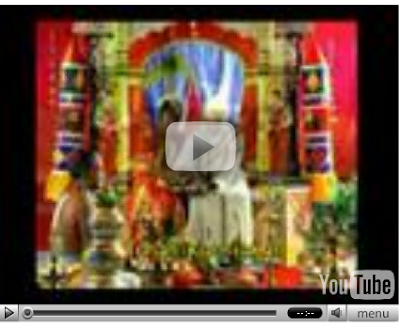 UPDATE+3: They've invited his had over for a cup of tea.

The hunt for the Negarakuku boy, IMO, is just a ploy by the Ruling Party to distract our attentions from more crucial issues. Issues that have been brought out by various NGO's, like the merdeka statements by Centre For Public Policy Stuides (CPPS):-
http://cpps.org.my/resource_centre/MERDEKA%20STATEMENT%20FINAL.pdf

The Merdeka Statements had highligted several critical issues and have caused some responses from various sectors of Malaysia Societies. True to it's nature, CPPS has been trying to initiate open debates amongst Malaysian over issues that concern us all, but have so far been blacked-out by the Ruling Party controlled Media.

Here is one such response from Citizen Think Tank:-
http://www.citizenthinktank.com/politicianwatchdog/index.php?option=com_wrapper&Itemid=96

Whatever the actual reason is, it's certainly designed as a distraction. It's not the first distraction that our government used, nor will it be the last.

However, I do hope that the kid learns to use this to his maximum advantage.

I'm going to post it to www.aiseh.com for more people to be aware of the situation.

murkie actually hated the lyrics of the song. Look at his comment at his site at aiseh.com

everyone is entitled to their opinion, you included.. like i said, copious amounts of salt recommended with each reading!! d=

I believe in our rights to criticize the govn't and the police. There's just part of the lyrics that I don't agree when he criticizes one's religion and race. Thanks for understanding Shawn... great site!

hey murkie, you're entitled to your opinion.. my opinion is, i don't see how his lyrics criticise any religion/race.. but even if it does criticise religion/race, i would like to think that we're mature enough to take criticism and not behave like children..

you should read my post on "Race and Religion in Malaysia".. I don't understand why we should not be able to talk openly about race/religion when it's THE unique thing about our country.. anyone who talks about it is labelled racist/bigot/traitor/whatever..