What is an OLPC? 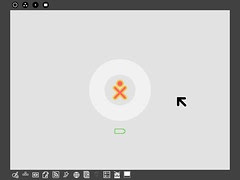 Some people may be wondering what an OLPC is since I mentioned that our government might benefit from spending some money on that project. OLPC stands for One Laptop Per Child and is a project started at MIT that aims to produce a small, cheap and friendly laptop PC for the developing world.

You can learn a lot more about the project from Wikipedia. So, I won't bother going into the details. But needless to say, the project is nearing completion and many developing nations are throwing money into it. Several governments have already placed massive orders for the laptops.

These laptops are not the kind of children's toys that you find at Toys 'R' Us. These are customised but full featured PCs. It uses an AMD low power microprocessor, comes with 256 Mb of RAM and uses flash instead of a harddisk for storage. It even comes with wifi. The trick to keeping the cost down comes in the LCD display, which uses new technology developed, to keep the manufacturing cost down.

Yesterday, I downloaded a recent build of the operating system and desktop interface. I wanted to try it out to see what kind of software it has. In order to make computers kid-friendly, the developers created their own user interface. This UI features attractive high contrast colour schemes as well as huge cursors, icons and buttons [Nice!].

On top of that, it features a very cool friend finder application, which basically maps out all the other OLPC computers nearby, which it detects on the wireless interface. This will certainly be very useful in classrooms where children would be able to instant message each other while lessons are going on [Fun!].

Both Apple and Microsoft had originally offered their OS for use in the project. However, they were all turned down as they were all closed-source. The developers needed to tinker with the operating system. This is understandable as this is a fairly customised PC. For one thing, it cannot use it's flash memory as swap space. So, OLPC could also stand for One Linux Per Child [Haha!].

As for power, it comes with batteries and is meant to be plugged into a wall socket. However, for places that may not have electricity, it also comes with a hand crank and foot pump to charge the batteries [Neat!]. As part of the project, they are also developing a 'school server' to be used with it, which also uses low power technologies like the OLPC [Cool!].

At about RM 350 per laptop, it is a steal. We could buy 70,000 of these babies for about the amount that our dearest PM donated to his former school. I do believe that this is a better idea than the 'computer lab in a container' idea by our education minister. It'll definitely cost less than a container filled with computers. Now, if only these people read my blog...