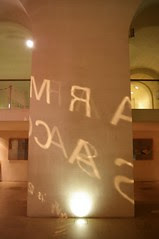 After lunch, I went out on a walk in town. I had just received my payment cheque from the engineering department. So, I made the bank my first stop. I deposited the cheque and took out some cash for myself.

After walking around town and visiting various shops, I decided to go home without buying anything. There wasn't anything interesting to get anyway. The DVDs are still to expensive and there weren't any interesting books to purchase. The books at Borders are too expensive as well. But after spending some time in the open, I have managed to clear my head and was certain on what I should work on next.

But, on arriving home, I immediately felt down again. So, I deemed that something was wrong with my room. I decided to open all the shades to let light in. Then, I went about cleaning up my room a bit. My room has become quite a mess over the last few weeks as I had not cleaned it up for a while now. Now that my room is clean and clear, I can also think clearly. So, it's all good.

So, I have figured out that I will accomplish whatever tasks that I am able to at the moment. Even though the task may not be a priority task, I'll just get rid of the little things that nag at me first. Then, I can work whole heartedly on the real stuff.

I recently got contacted by an engineer from Broadcom who had been playing with my aeMB core. He congratulated me on the good work that I had done on the processor as he had no problems getting it to work with his C code. He also alerted me to a small bug he found, which I corrected immediately. I had also been contacted by another engineer from Intel who had been playing with my ae18 core. He also found bugs that I corrected within the week. Nice to know that there are other real people playing around with my stuff.